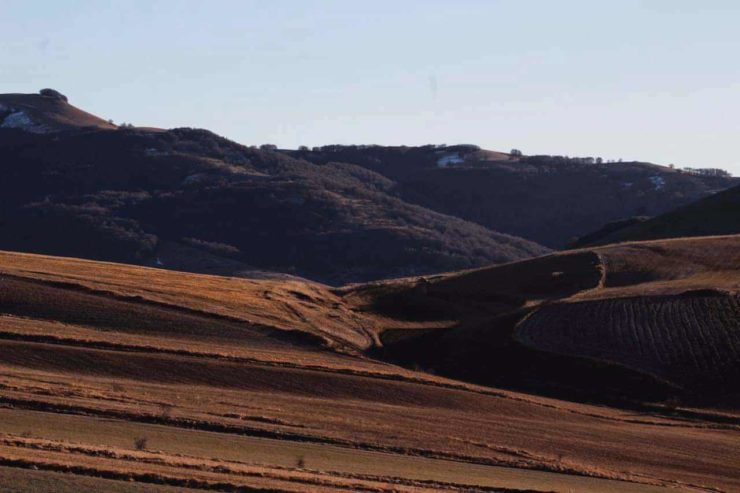 Castelluccio di Norcia is not in the Marche region: as the name says it is part of Norcia’s Municipality, which belongs to the province of Perugia and so to Umbria. By the way, being almost at the border between Marche and Umbria, the distance from Norcia and from Arquata del Tronto, in Ascoli Piceno’s province, is more or less the same. This is why who lives in the Marche region feels a strong bond with this beautiful little village and we can say we all love it as if it were ours.

The beauty and the vastness of this place are amazing: the hill where the village of Castelluccio is located is surrounded by an esplanade of 15 km², called Piani di Castelluccio and divided in Piano Grande and Pian Perduto, used to cultivate lentil. At the beginning of summer this special cultivation gives birth to a multi-coloured flowering which looks like the one of Dutch tulips. This set, just like a precious stone, is nestled between the mountains of the appennino umbro-marchigiano and in particular the skyline of this zone is marked by the Monte Vettore.

Castelluccio is definitely a mount village: located 1452m high, is one of the highest town of the Appennini, and its highland is one of the largest of Central Italy. The climate, therefore, is pretty harsh, once in was covered in snow for the whole winter and used to remain cool in summer as well. In March 2005 the minimum temperature dropped to -32°, and it still represents one of the lowest temperatures in Italy.

It’s easy to understand that the uniqueness and the beauty of this place make it a real gem of the Appennino Umbro-Marchigiano. It’s impossible not to become attached to such a lash, calm, isolated from all the rest and protected from its mountains village. Coming from Marche region, when you finally get to cross the mountains which hide it, the highland opens in front of you in all its majesty. It’s like entering in a sort of earthy paradise and, as if it was possible to leave everything out, beyond the mountains, things start to assume a different perspective, relating the smallness of problems and human concerns to the vastness of nature. This is the real magic of Castelluccio, the lesson you learn by contemplating the immensity.

However, pain gets here too, and it is even stronger when it faces this peace and this beauty, like a gash in a perfect canvas, reminding us that nothing in this world is forever. Castelluccio was one of the zones that were hit the most by the 2016 earthquake, which destroyed the most part of the village. The town was already going through depopulation (in 2011 only 120 people lived there), but today there’s almost nothing left. Only a pair of houses are still standing and the village is almost uninhabited. The hill is still covered for a half by the debris and the rubble, a wound that struggles to heal and that everyday reminds about pain and lost serenity.

However, people who live here are not self-pity kind of humans: the activities of the area, especially restaurants, whose buildings they lived in came down, were moved to new prefabricated structures at the feet of the hill and are slowly starting over. We found our special place: the Osteria del Vettore prepares typical dishes with savours and ingredients of the area, that’s why there’s never shortage of truffle, lentil, soup, polenta, some good wine and, most of all, the amazing ricotta. It is used as the main ingredient is desserts or it is served also alone, with honey and dried fruit and it has a unique flavour. A stop in this restaurant will make your trip to Castelluccio unforgettable. Moreover, we have to praise the owners, who keep the restaurant open the whole week in winter too, when there is almost no tourism, differently from other activities. However, if you are going to challenge Castelluccio’s cold winter, you’d better call in advance to make sure there is an open place to eat in!

We hope this story encourages you to visit this small wounded paradise, because it really needs it and we also hope, from the deepest of our hearts, that someday Castelluccio will go back to being the blooming and peaceful place it has always been.

To know more we address you to the official site, handled by the people who live in the area, and to the Wikipedia page, where you can also find a small bibliography. Moreover, we point out the presence of two webcams that film from the top the Piani di Castelluccio 24/7 and which can be seen in real time at this link. Last but not least, we leave you with a time-lapse video of February 2020 in Castelluccio, which clearly explains the power of nature in this amazing place. See you soon with new tales from the Marche region (and not only)! 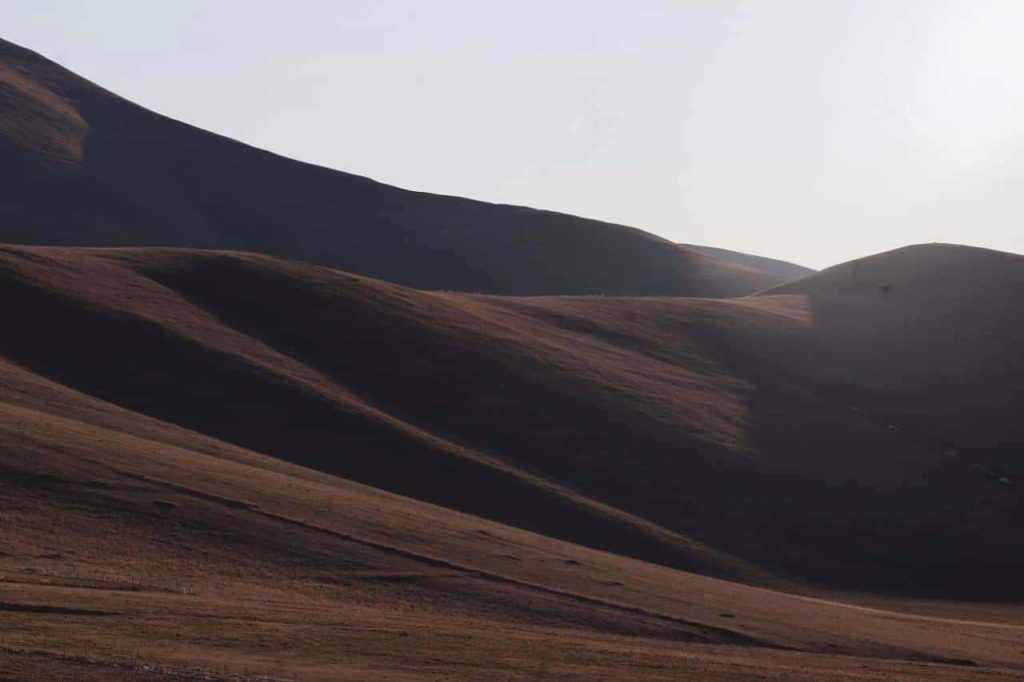 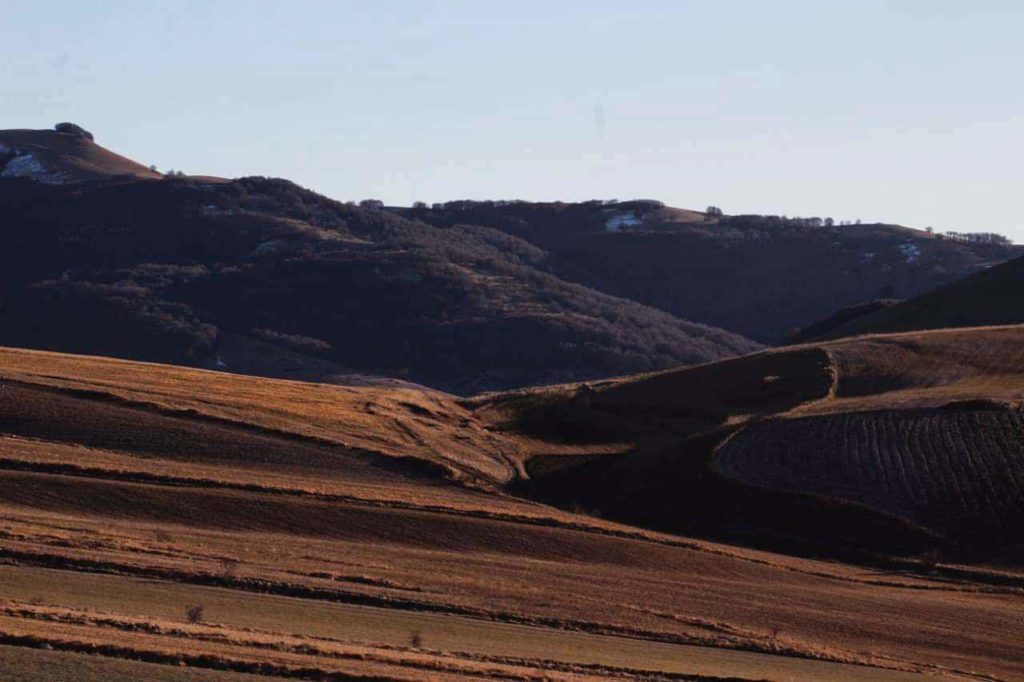 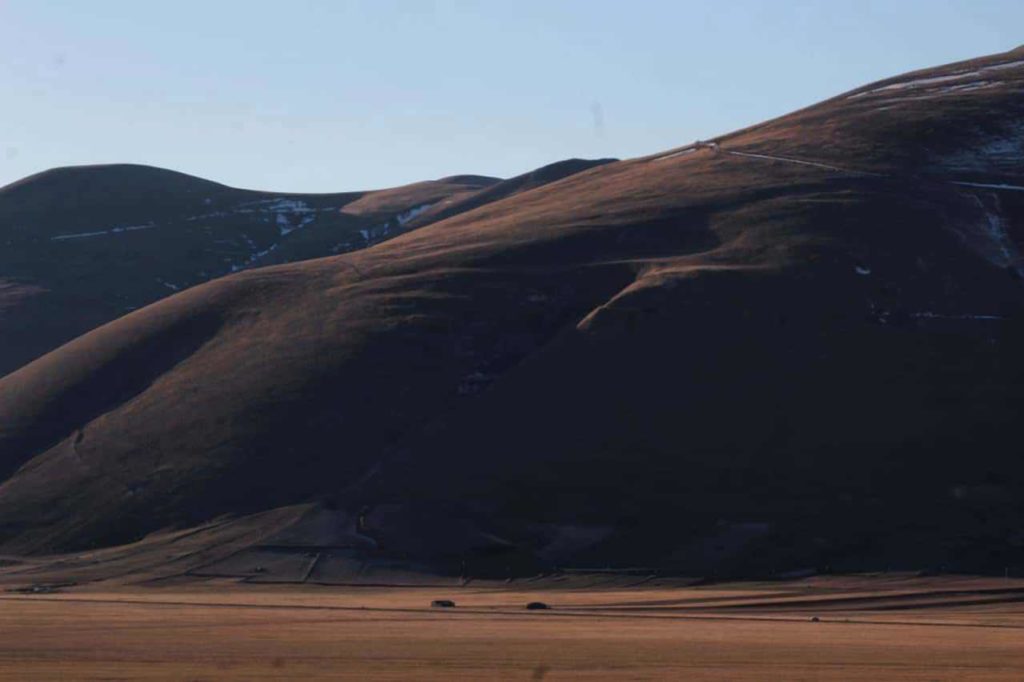 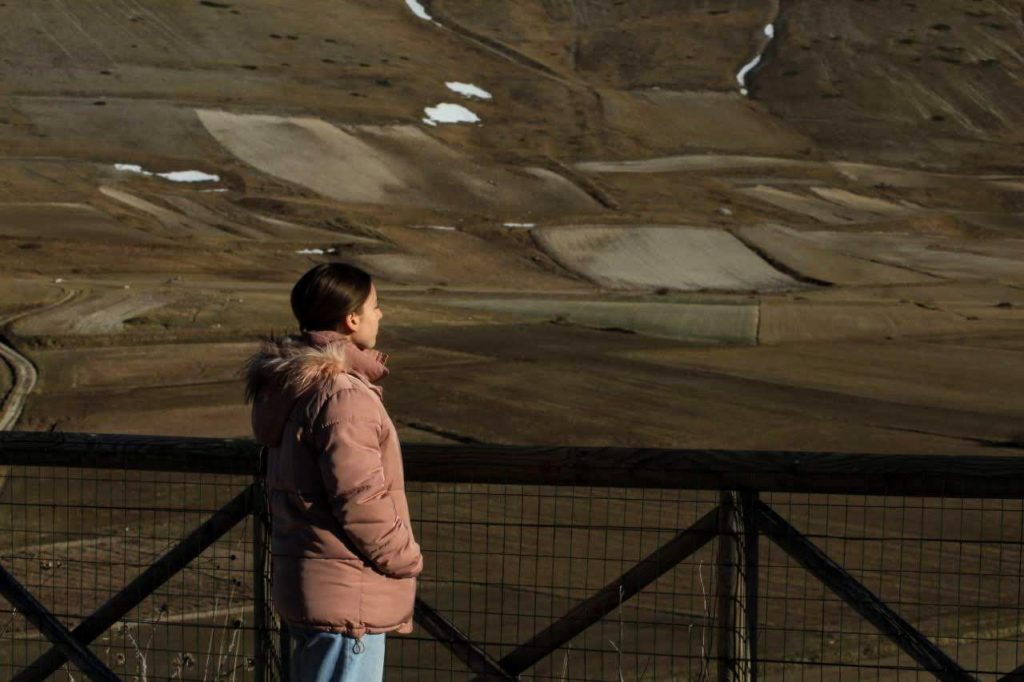 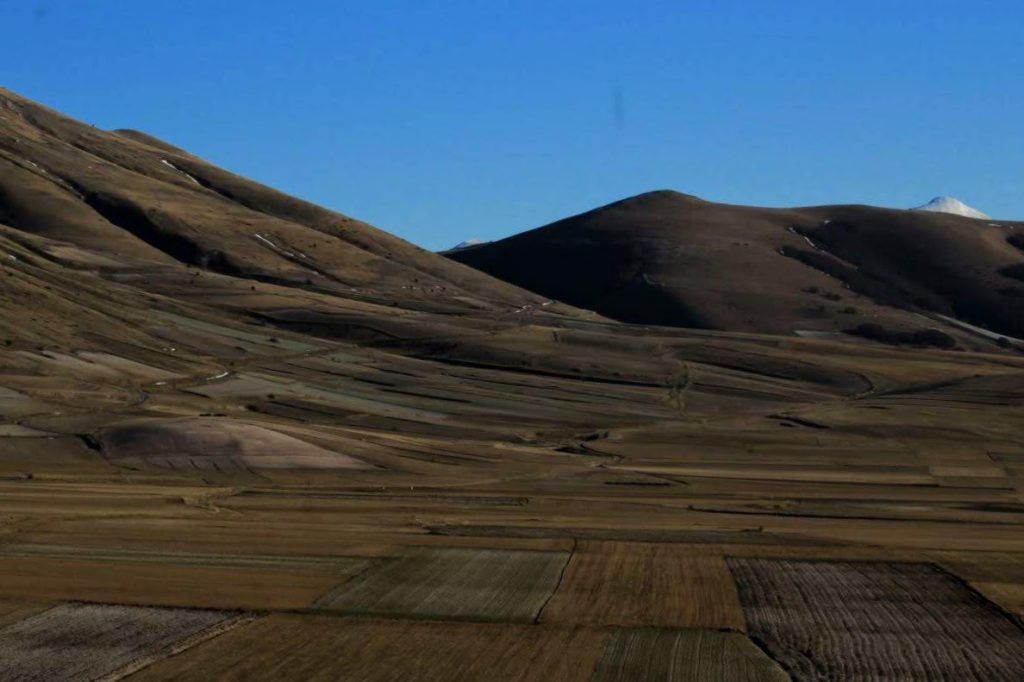 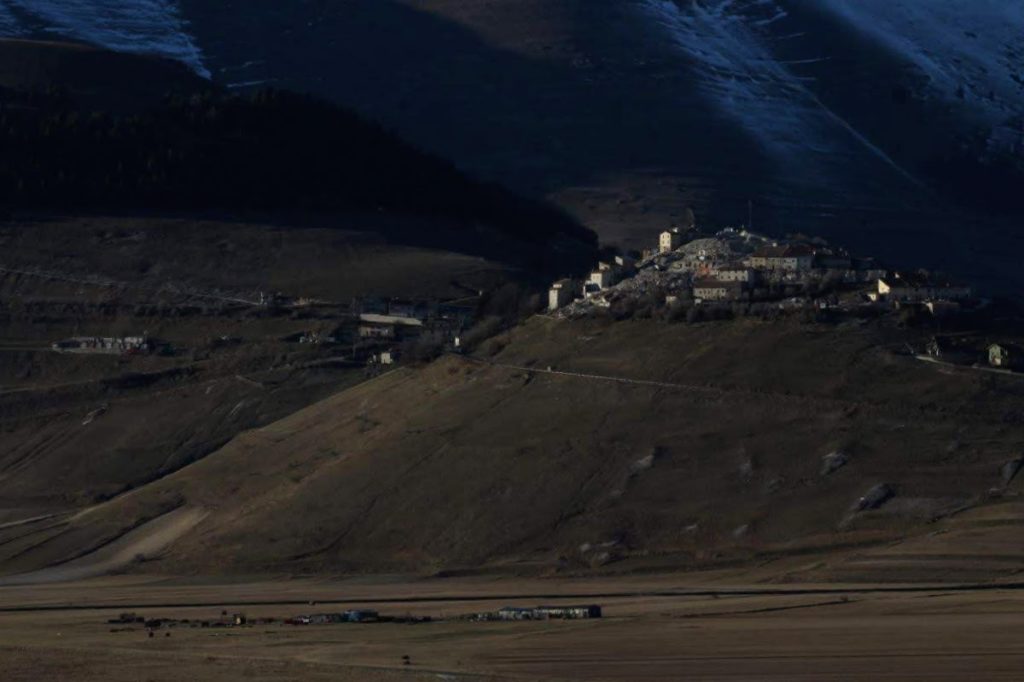 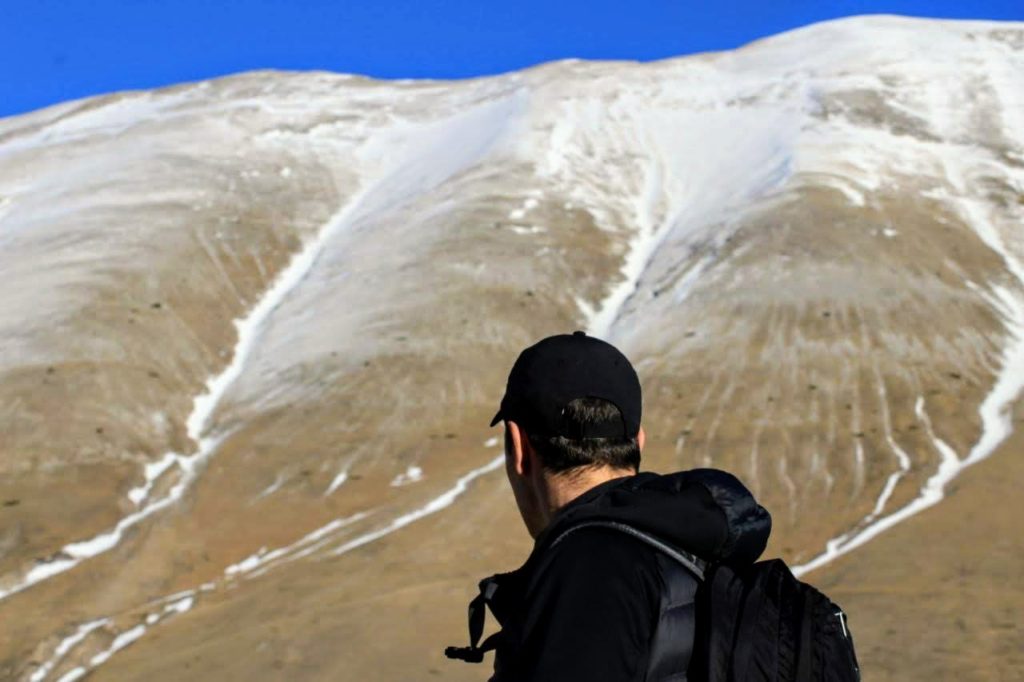 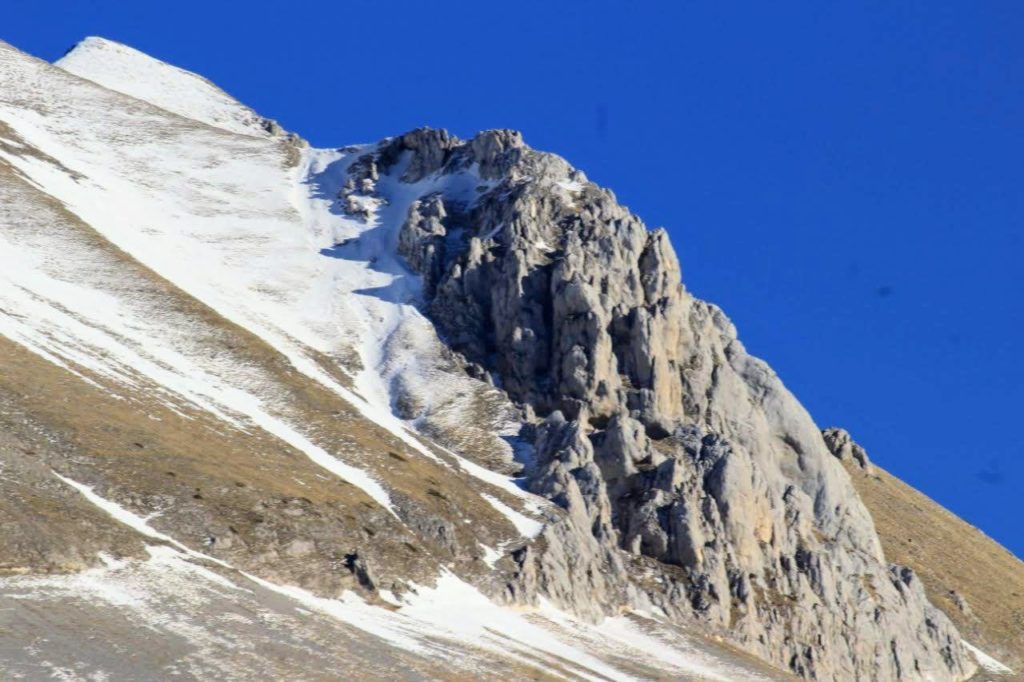 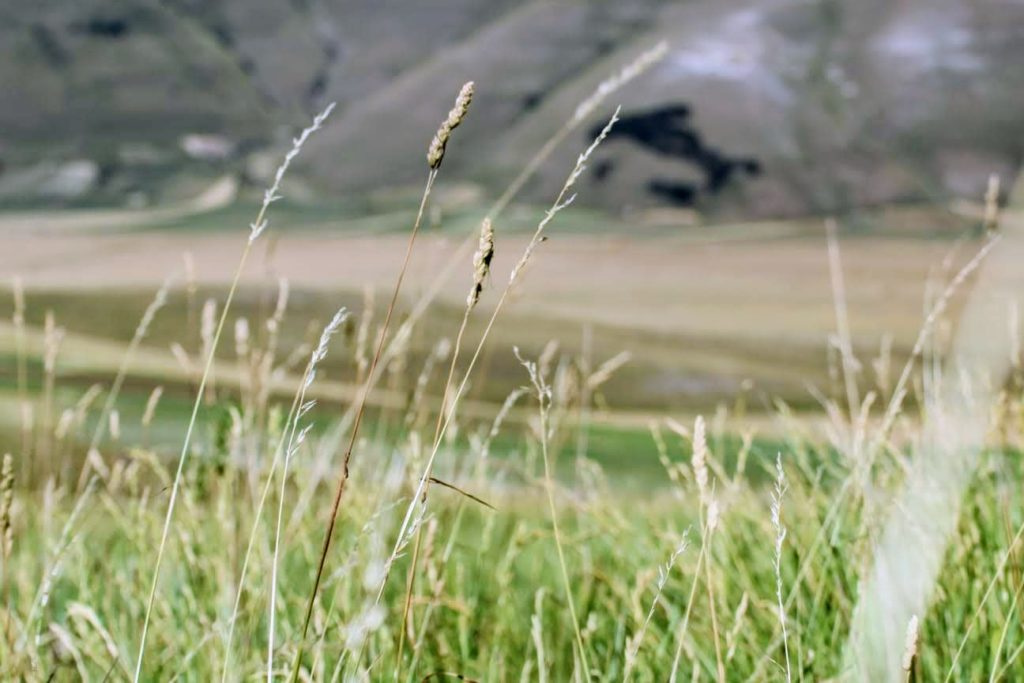 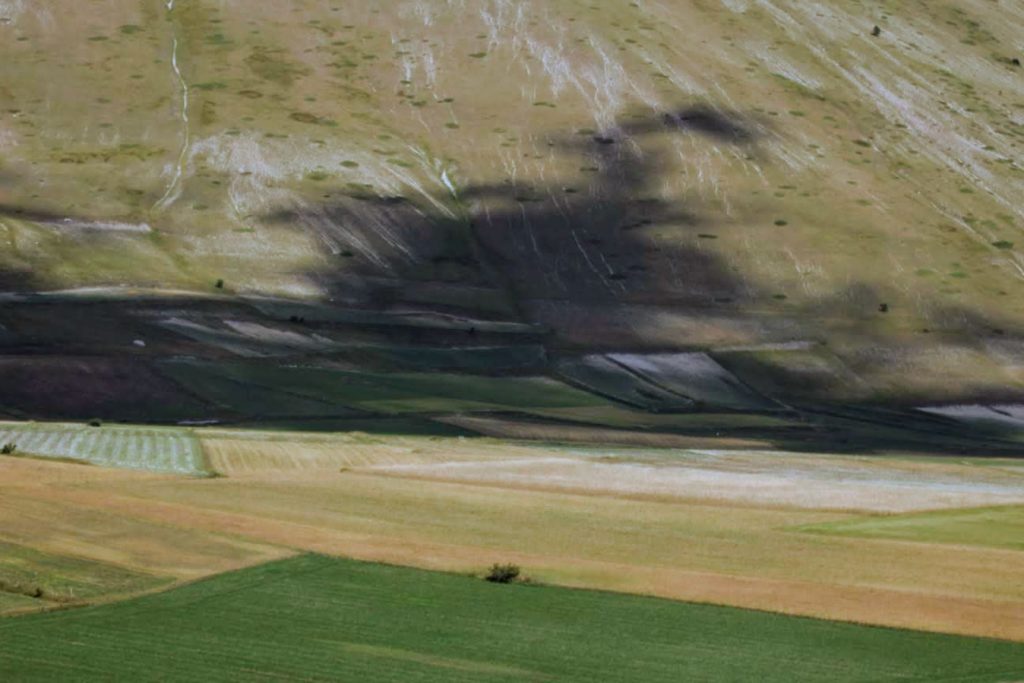 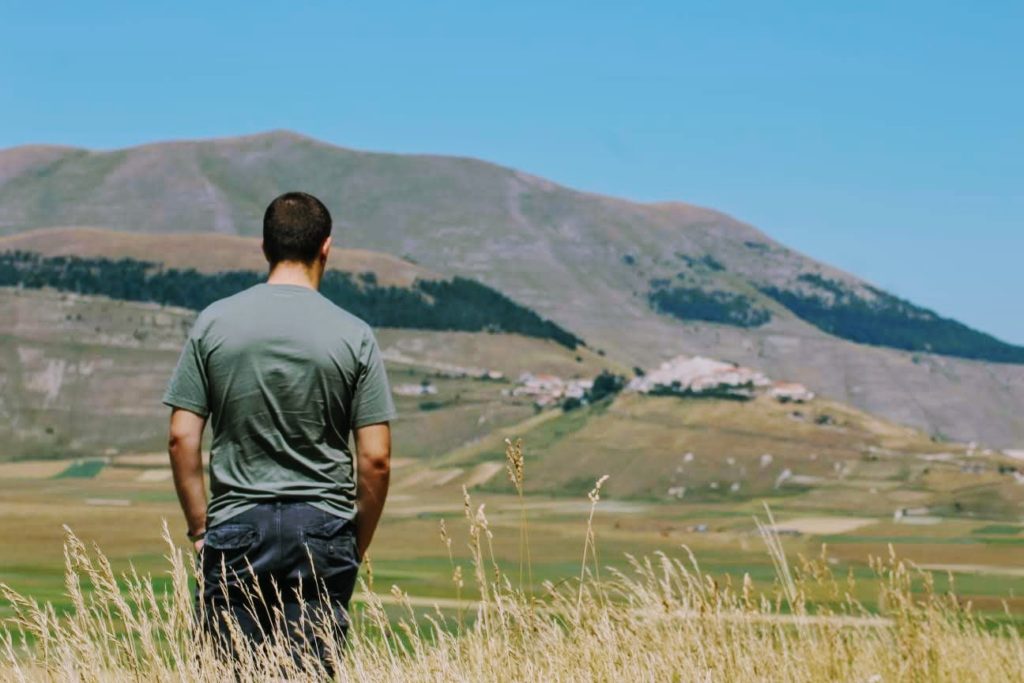 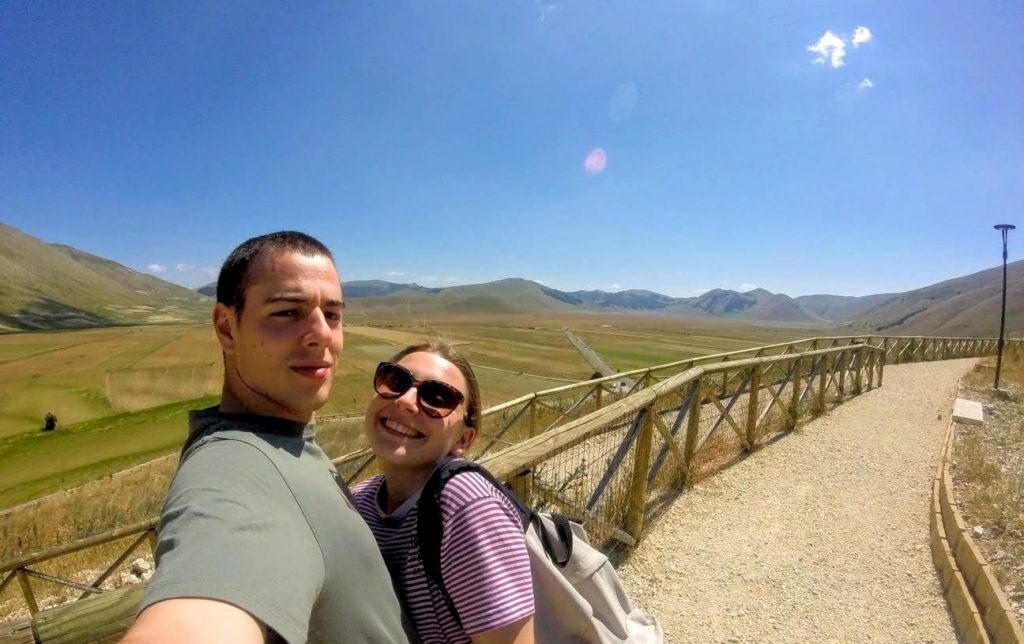 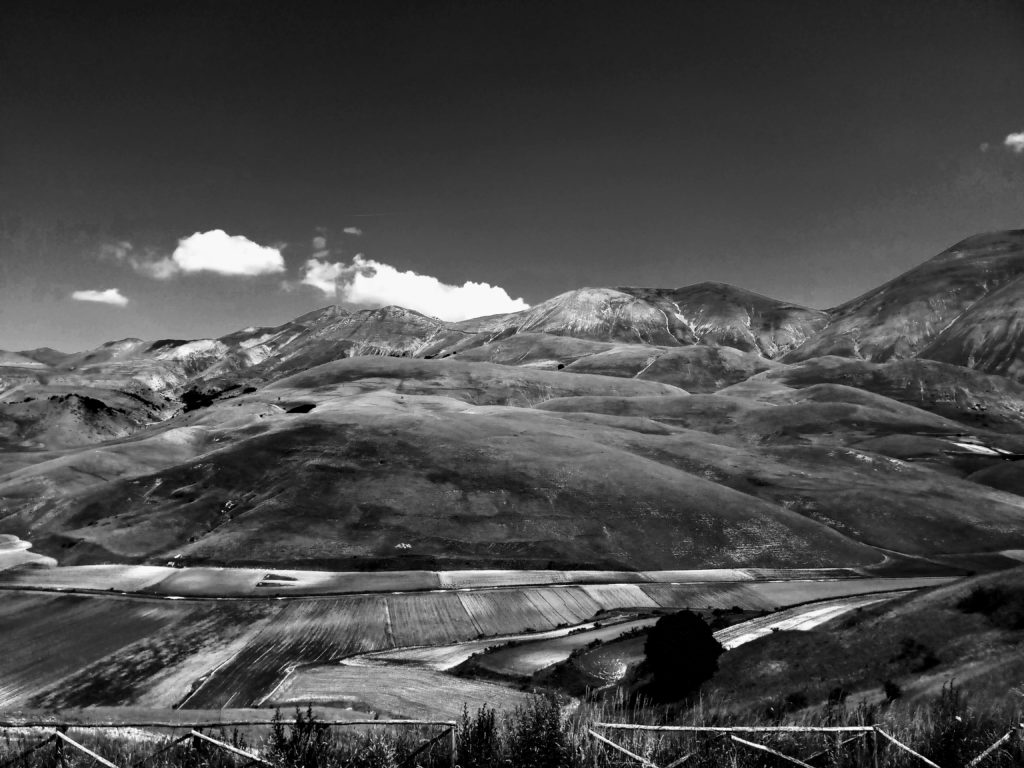 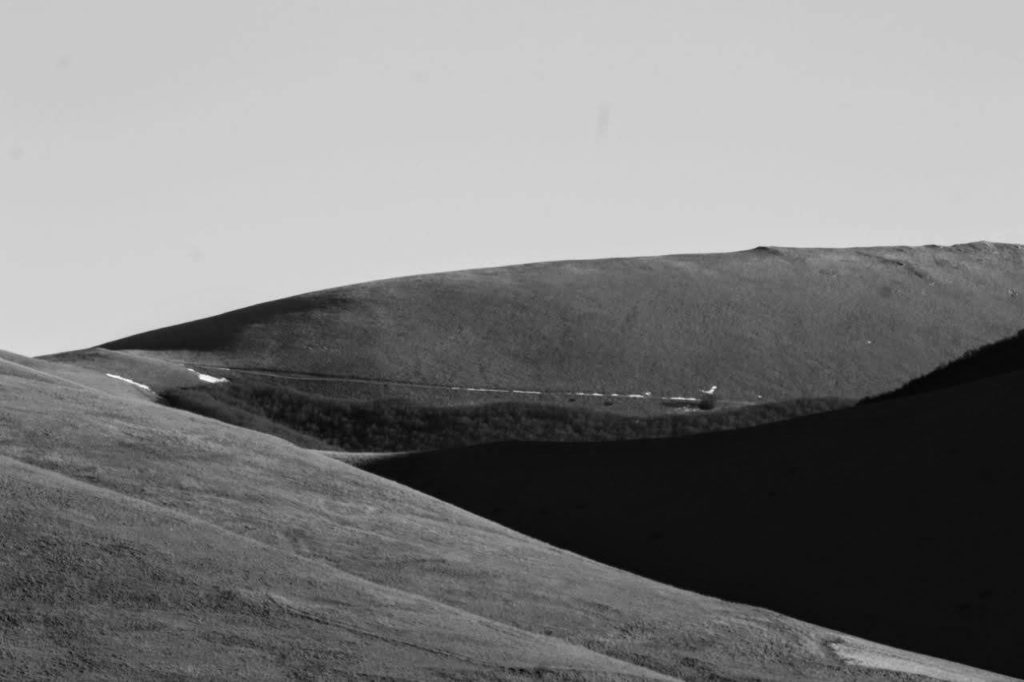 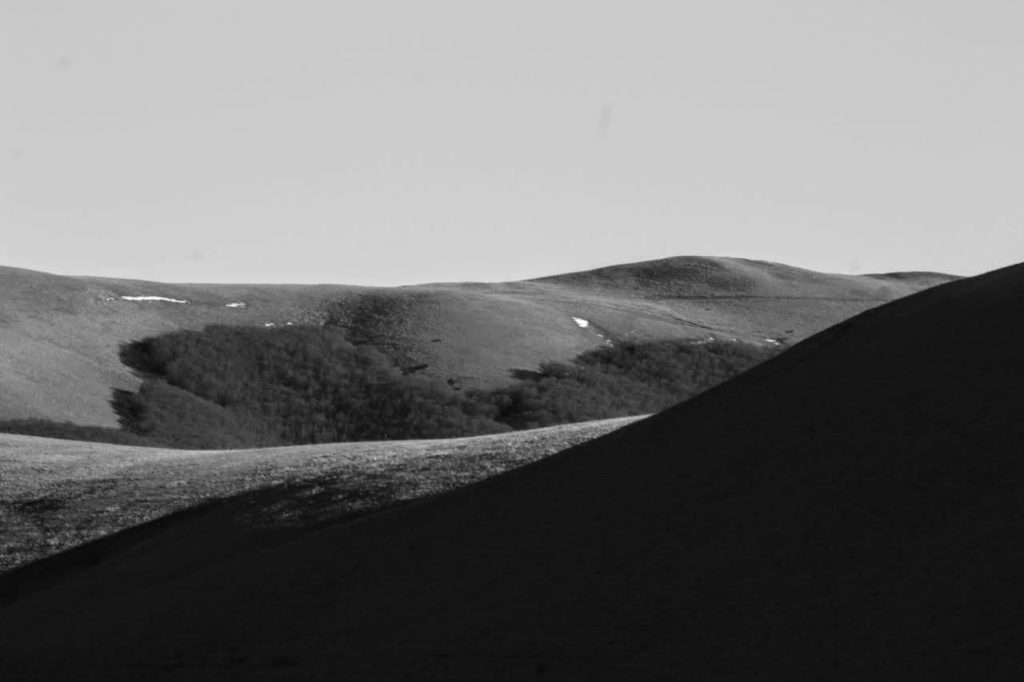 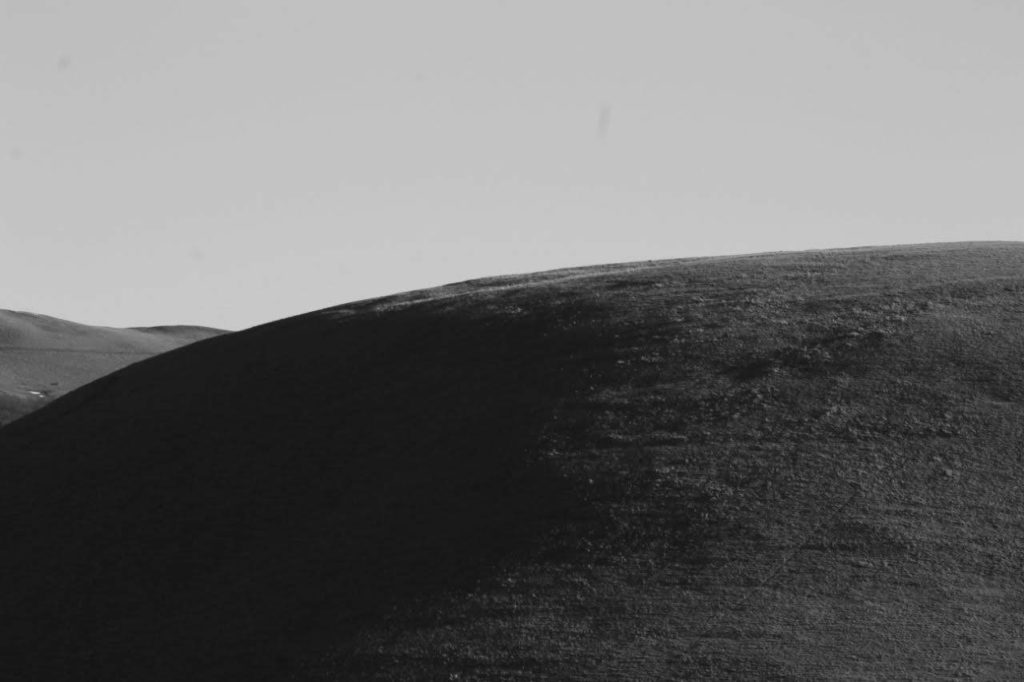 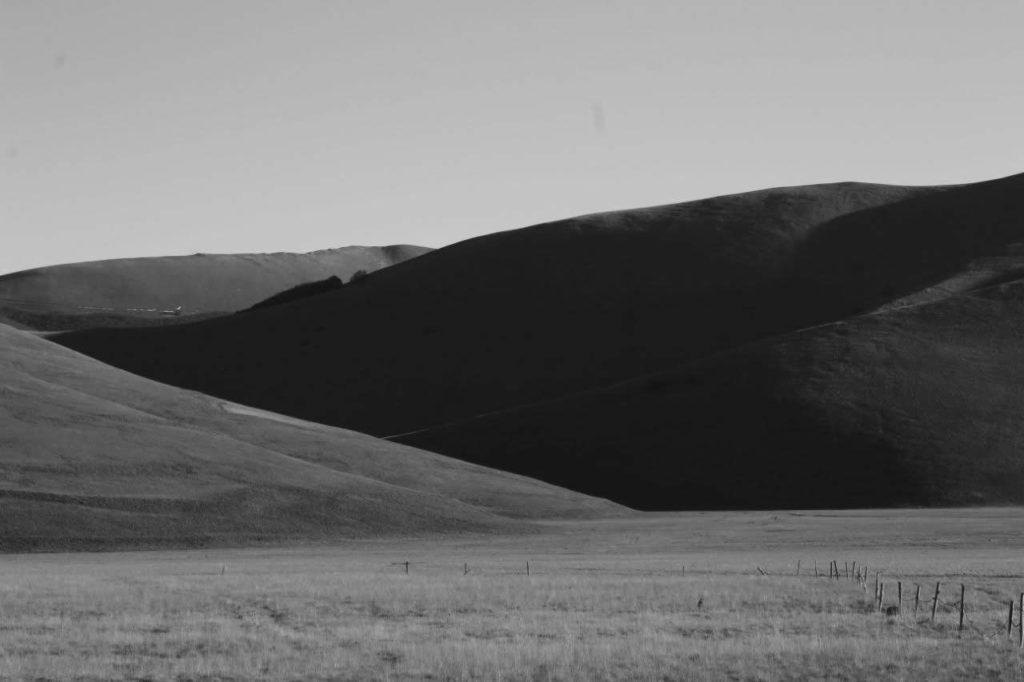